In addition to its role as a water resource and wildlife habitat, the Kern Water Bank is, and has been, an important part of the Bakersfield community and its cultural history.

The California non-profit organization Water Education Foundation stops at the water bank on its well-regarded Central Valley Water Tours, multi-day treks that begin in Bakersfield and take interested parties to a number of water-related locations throughout the region. Other tour groups include water policy makers, water board managers and directors, locally elected officials biologists, botanists, students, and others interested in California water and environmental issues.

In addition to regular guided bird watching outings, the Kern Audubon Society each year includes Kern Water Bank in its popular Christmas Bird Count. As part of the national Audubon Society’s national event, the local adventure has become an annual tradition in Bakersfield. Families and students, birders and scientists, armed with binoculars, bird guides and checklists trek the water bank property before dawn to take part in annual bird count. The data collected is part of the longest running wildlife census to assess the health of bird populations—and to help guide conservation action, according to the organization. 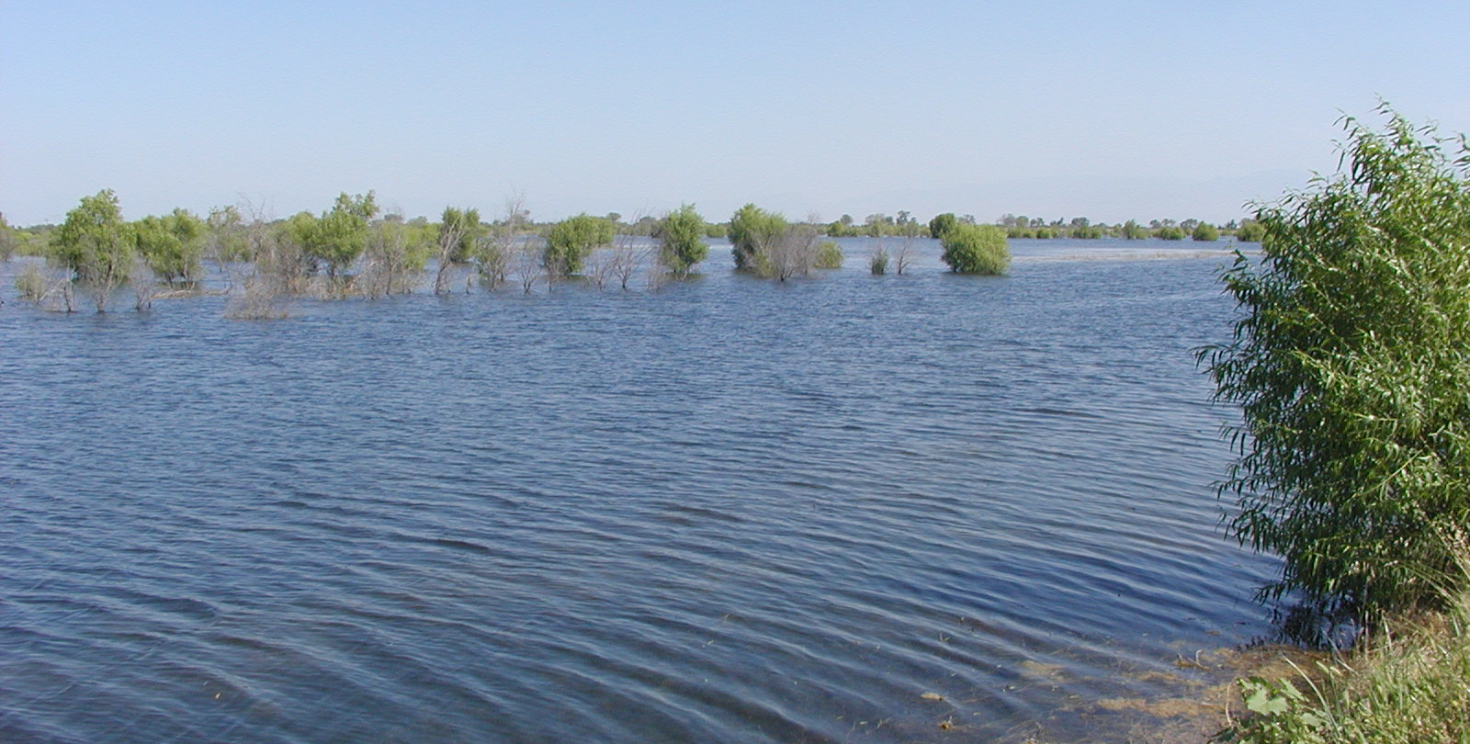 The Kern Water Bank Authority is interested in the history of the land it owns and manages.Peggy Murphy and Dorothy Fleagle, from the archeological assessment firm, Three Girls and a Shovel, have done extensive work in the Kern Water Bank area. Here is what they report.

The people who first used the Water Bank land were the Southern Valley Yokuts Indians, who lived in the region in prehistoric times, into the historic period, and are still living here today. Their activities are still evident on the property, including artifacts found both on the land’s surface as well as those buried deep underground.

The Yokuts used the land to make a living, build homes, find food, cook meals, teach their children, make tools, to treat sickness, to worship, to give birth to new babies, and to die. Evidence shows they wanted to look their best, just as we do today, through jewelry, tattoos, ear piercing, and comfortable clothing.

Kern County has not always looked like it does today. Historically, large number of sloughs flowed into the Kern River and the surrounding area, often making it swampy and wet. The Yokuts lived among the sloughs and swamps on higher knolls of dry land. They traveled from place to place in boats built from three-sided tules reeds, which contain a natural material that makes them float. The Yokuts fastened tules together in the shape of a canoe and, using the waterways, traveled from one place to another.

Archaeologists have found evidence that the Yokuts lived around Buena Vista Lake, Goose Lake and Goose Lake Slough, along the Kern River, at Tulare Lake, in Bakersfield and on Kern Water Bank Authority land. A site on the Kern Water Bank Authority land covering several acres contains evidence of a large Yokuts Indian village, including parts of stone bowls, ground stone tools, flakes, beads, portions of blades or projectile points, bones of animals, birds, fish and turtles, and a crystal.

Stone bowls were made of granite, sandstone or soapstone. They were used for grinding seeds and acorns into meal or pulverizing small animals. To accomplish this chore, Yokuts people used ground stone tools, like pestles, hammer stones and manos.

Evidence left by the Yokuts include flakes from blades (knives) and projectile points (arrowheads). The flakes were leftovers from chipping away at a rock until it was shaped and made into a point or blade. These were used for hunting animals and birds with a spear or a bow and arrow. The site at the Kern Water Bank has flakes made of all kinds of stone materials; obsidian, quartzite, chalcedony, basalt, jasper and lots of chert.

The bones found at the Kern Water Bank site give archaeologists information about some of the food the Yokuts ate. There are many small animals’ bones, such as rabbits and ground squirrels, and bird, fish and turtle bones. The Kern Water Bank land had many food resources for the people to use.

An archaeological record of sites found on the Kern Water Bank property is an excellent way to honor the people of Kern County, and Yokuts living today have a better and more complete record of their ancestors.